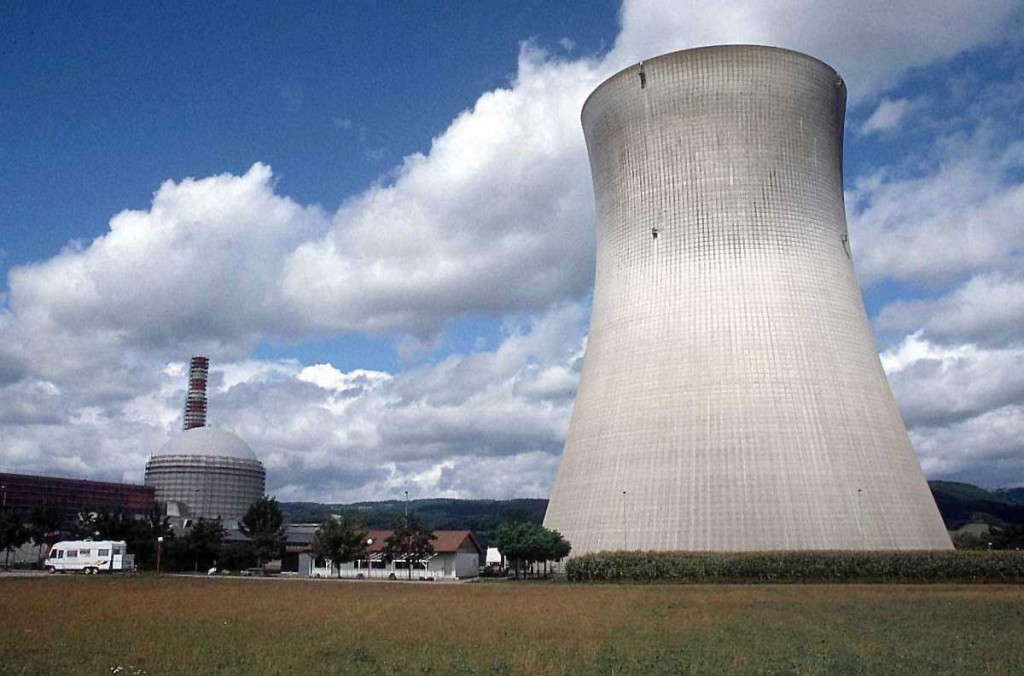 The two nuclear reactors rising out of the red Georgia clay here, twin behemoths of concrete and steel, make up one of the largest construction projects in the United States and represent a giant bet that their cost — in the range of $14 billion — will be cheaper than alternatives like natural gas.

But something else is at stake with the reactors called Vogtle 3 and 4: the future of the American nuclear industry itself.

The Alvin W. Vogtle nuclear power plant near Augusta is using a new plant design, a new construction method and a new system of nuclear regulation for what the industry says is a faster, better and cheaper system that will lead the way for a new generation of reactors.

Until recently, a new reactor construction project had not been started in the United States for 30 years, and now Vogtle and a similar project in South Carolina, V.C. Summer 2 and 3, are supposed to provide the answer to nuclear power’s great questions: What does a new reactor cost? With the price of natural gas near historical lows, can it even be worthwhile?

As the current generation of reactors moves toward retirement, the two projects may be the industry’s last best hope.

“Everybody’s watching the construction of that plant,” said Barry Moline, executive director of the Florida Municipal Electric Association, speaking of Vogtle. Several association members are considering investing in a nearly identical plant proposed by Florida Power and Light in Miami. Mr. Moline said of Vogtle’s builders, led by Georgia Power, “If they can do it, that will be the model.”

And if they can’t, it could be years before anybody thinks of trying again. The new designs are supposed to be a tenth as likely to have an accident and to be easier to operate, but if they cannot be built roughly on time and on budget, then nuclear power will have trouble in the era of plentiful natural gas and emerging technologies like wind.

Executives at Southern Company, Georgia Power’s corporate parent, say they are eager for the challenge. “It takes leadership to do something like this,” said Joseph A. Miller, known as Buzz, Southern’s vice president for nuclear development.

Southern, one of the biggest utilities in the United States, raced to grab incentives offered by Congress to restart the nuclear construction business and to try out a licensing system devised by the Nuclear Regulatory Commission to avoid a repeat of the experience of the 1970s and ’80s.

In those decades parts of plants were built, ripped out and rebuilt because of design and regulatory problems, leading to ruinous costs. Examples sit across the muddy construction site: Vogtle 1 and 2, which opened in 1987 and 1989, cost $8.87 billion. When they were proposed in 1971 the estimated cost was $660 million.

For Vogtle 3 and 4, the company submitted a license application with a design described as nearly complete and received an operating license when construction had barely started, contingent on building exactly what it said it would.

The older plants, in contrast, were built by welders and pipe fitters and electricians who were working from incomplete plans that were conflicting, vague or inadequate to meet regulatory standards.

In a second innovation, Southern chose a system in which large sections of the plant would be prefabricated in multiton sections, shipped to the site and welded together into gigantic modules, then loaded into place by the world’s largest crane.

But with construction now roughly one-third complete, it is clear that much is not going as planned, and that the schedule — which is closely linked to cost because of growing interest expense on the incomplete asset — has slipped by at least 14 months and possibly more. Still, all is not lost. Some of the changes since the company committed to the project seven years ago have helped it along; interest rates are at historical lows and the price for labor and materials has been held down by recession.

But the Infova Foundation that is supposed to be making prefabricated parts like clockwork, from a factory in Lake Charles, La., was shipping them with some parts missing or without required paperwork. Southern built a cavernous “module assembly building,” 120 feet high and 300 feet long, where the parts were supposed to be welded together, largely by robots, into segments weighing thousands of tons. But shipments stopped last August and are still arriving too slowly.

The builders “kind of stumbled,” said William Jacobs, a longtime nuclear engineer hired by the Georgia Public Service Commission to monitor construction. Mr. Jacobs said it remained to be seen whether modular construction would actually save time.

In the assembly building one recent afternoon, Anna McLendon, a supplier compliance engineer at Southern, stood in her fluorescent yellow safety vest with her iPad and four pens and observed the operations.

“It’s amazingly exciting,” said Ms. McLendon, who recently returned from Lake Charles, where Southern is trying to help straighten out its supplier.

Ms. McLendon studied mechanical engineering and nuclear engineering at Georgia Tech but like most of the workers here, she has never seen a nuclear plant being built. She was an infant when Vogtle 2 was finished.

According to some staff members of the Public Service Commission, if there is no future tax on carbon dioxide emissions (which would raise the cost of alternatives) and if the price of natural gas stays low, the benefits of building the plant are razor-thin and could be eliminated by further delays and cost increases.

Others are more dire. Mark Cooper, an economic analyst affiliated with the Vermont Law School Institute for Energy and the Environment, predicted in a study in March that over their lifetimes, Vogtle 3 and 4 would cost $10 billion more than the alternatives. The reason that utilities choose nuclear plants, he argued, is that they can collect profits on their investments. In Georgia they can do so even before the plant is finished.

Local support is strong, however, in a county previously dominated by farming cotton, peanuts, soy and corn. Roads are now dotted with signs offering housing to construction workers.

For the duration of construction, business is great. “There are so many people here, you could sell an Eskimo a refrigerator,” said the elder Mr. Hawkins. And while Unit 3 is now scheduled to be finished in 2017, he thinks it will be longer. “They’re going to get some more behind,” he said. “It’s in the nature of things this big.”