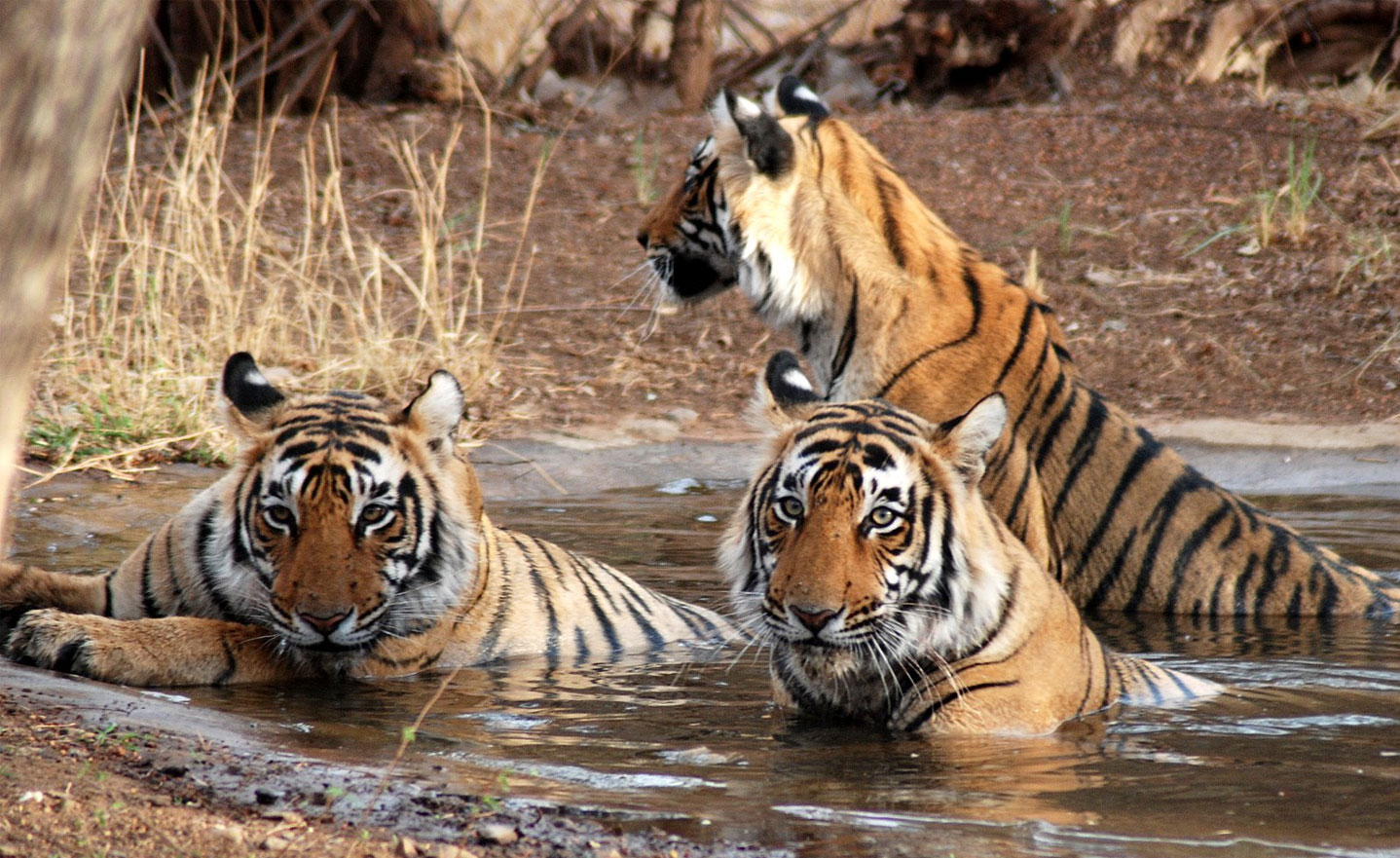 For the last 50 years or more, the debate has raged over the role of animals in human society, with particular reference to the ways in which we use them for our benefit. Fueling the debate still further has been the emergence, particularly in the last three decades, of a small but vociferous group of adherents to the philosophy of animal rights, which views humans and animals as essentially equal and condemns any and all use of animals for human benefit.

Animal rights advocates do not distinguish between human beings and animals. In the words of Ingrid Newkirk, founder of People for the Ethical Treatment of Animals (PeTA), “There is no rational basis for saying that a human being has special rights. A rat is a pig is a dog is a boy. They’re all mammals.” Michael Fox of the Humane Society of the United States (HSUS) has said, “The life of an ant and the life of my child should be accorded equal respect.”

Animal rights advocates reject all animal use, no matter how humane. Some have even suggested that animal welfare reforms impede progress toward animal rights because they improve the conditions under which “animal exploitation” occurs, making it more difficult to stimulate public opposition to animal use.

When the interests of humans and animals come into conflict, animal rights advocates put the animals first. PeTA’s Newkirk has said, “Even if animal research produced a cure for AIDS, we’d be against it.”

The animal welfare philosophy is fundamentally different from the animal rights philosophy, since it endorses the responsible use of animals to satisfy certain human needs. These range from companionship and sport, to uses which involve the taking of life, such as for food, clothing and medical research. Animal welfare means ensuring that all animals used by humans have their basic needs fulfilled in terms of food, shelter and health, and that they experience no unnecessary suffering in providing for human needs.

“The AVMA’s commitment to animal welfare is unsurpassed. However, animal welfare and animal rights are not the same. AVMA cannot endorse the philosophical views and personal values of animal rights advocates when they are incompatible with the responsible use of animals for human purposes, such as food and fiber, and for research conducted to benefit both humans and animals.”

As an extension of this animal rights philosophy, a number of people are embracing veganism, relying exclusively on plant-based food, and plant-based and synthetic clothing. However, with less than 3 percent of the Earth’s surface being suitable for crop production, animal protein and fiber will continue to be indispensible to the survival of the planet’s 6 billion people, and to the conservation of natural habitat. It is for these reasons that the United Nations Food and Agriculture Organization (FAO) promotes the use by humans of both plants and animals, domestic and wild.

On the importance of domesticated animals, the FAO takes the following position:

“Domestic farm animals are crucial for food and agriculture, providing 30 to 40 percent of the agricultural sector’s global economic value. Around 2 billion people – one third of the global population – depend at least partly on farm animals for their livelihoods. Meat, milk and egg production will need to more than double over the next 20 years to feed the growing world population.”

The Rights Of Animals

The notion that animals should have rights was widely ridiculed when it was first advocated in the 1970s. Now it is getting more respect. The movement has gained tens of millions of adherents and has already persuaded the European Union to require that all hens have room to stretch their wings, perch and lay their eggs in a nest box, and to phase out keeping pigs and veal calves in individual crates too narrow for them to walk or turn around. And earlier this month Californians voted 63 percent to 37 percent for a measure that, beginning in 2015, gives all farm animals the right to stand up, lie down, turn around and fully extend their limbs. The state’s 45 major egg producers will have to rip out the cages that now hold 19 million hens, and either put in new and larger cages with fewer birds or, more likely, keep the birds on the floor in large sheds. California’s sole large-scale pig-factory farm will also have to give all its pigs room to turn around.

Pressure on other states to grant the same basic freedoms may prove irresistible. Many people see this movement as a logical continuation of the fight against racism and sexism, and believe that the concept of animal rights will soon be as commonplace as equal pay and opportunities for women and minorities. If that happens—and I believe it will—the effects on the food we eat, how we produce it and the place of animals in our society will be profound.

If this sounds radical, so did suffrage and civil rights a few decades ago. The notion that we should recognize the rights of animals living among us rests on a firm ethical foundation. A sentient being is sentient regardless of which species it happens to belong to. Pain is pain, whether it is the pain of a cat, a dog, a pig or a child.

Consider how widely humans differ in their mental abilities. A typical adult can reason, make moral choices and do many things (like voting) that animals obviously cannot do. But not all human beings are capable of reason, not all are morally responsible and not all are capable of voting. And yet we go out of our way to claim that all humans have rights. What, then, justifies our withholding at least some rights from nonhuman animals? Defenders of the status quo have found that a difficult question to answer.

If animals do have rights, what rights would those be? The most basic right any sentient being can have is for his or her interests to be given equal consideration. After that, things get more complicated. Some advocates think that all animals have a right to life. Others give more weight to the lives of beings such as chimpanzees, which are capable of understanding that they have a life, and of having hopes and desires directed toward the future. The movement’s supporters agree that the way we treat animals now, as test subjects and factory-farm products, is flagrantly wrong.

If society were gradually to accept animal rights, it would spell dramatic changes. Some people might accept humanely raised meat, eggs and dairy products, if the animals had good lives, living outdoors in social groups of a size natural to the particular species. But this would most likely prove to be an interim stage. As the demand for animal products dwindles, the meat industry would breed fewer chickens, turkeys, pigs and cattle. Eventually the only remaining beef cattle, sheep and pigs would be small herds preserved so that we can take the grandchildren to see what these once abundant animals look like. Factory farming—for meat, eggs or milk—would disappear. If we are to continue to eat meat, we’ll have to rely on scientists who are now trying to grow meat in vats. When they succeed, it will be the real thing, grown from animal cells, not a soy-based substitute, and it might even be indistinguishable from the meat we eat now. But since it would involve no animals, and hence no suffering or killing, there will be no ethical objections.

Milk and cheese are no easier than meat to reconcile. Cows will not give milk unless they are made pregnant each year, and if the calves are left with their mothers, there won’t be much milk for humans. The separation of the cow and her calf causes distress to both. Hens are not so concerned about the removal of their eggs, and genuinely free-range hens appear to have a good life, but male chicks have to be disposed of, and no commercial egg producer allows hens to live beyond the point at which their rate of laying declines. That’s why animal-rights advocates today tend to be vegans.

Where animals are now used for research, we must find alternatives. In Europe, cell and tissue cultures have already replaced some product testing of live animals, and that will increase dramatically once harmful research on animals is put ethically out of bounds. Research using animals may not cease entirely, but in a nonspeciesist world it could continue only under the same strict ethical safeguards that we use for research on human subjects who can’t give their consent.

Our greatest difficulty in respecting other species may lie in our quest for land. The animal movement forces us to consider that land we do not use is the habitat of other sentient beings, and we must do what we can to allow them to continue to live on it, including limiting our own population growth. Even wilderness presents a problem. Are humans ethically bound to prevent animals from killing other animals? To contemplate interfering with the workings of ecosystems would be presumptuous, at least for now. We will do better to concentrate, first, on lessening our own harmful impact on our domestic animals.

Courtesy by – The Daily Beast